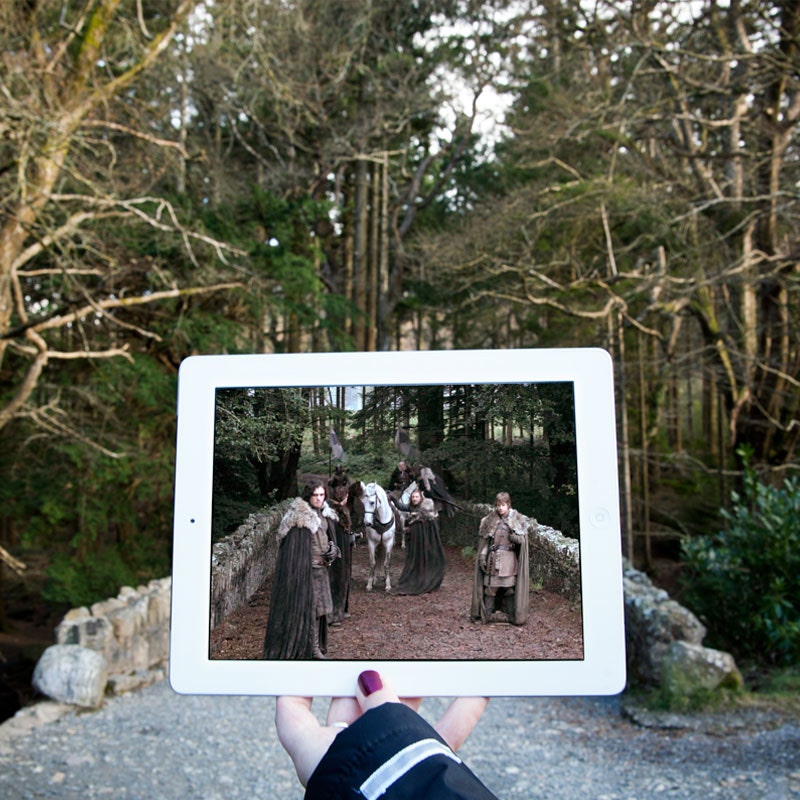 My continued quest to remain healthy does bring some benefits - this week it was perspective...

As I walked in Tollymore Forest Park this week during a glorious sunny autumnal afternoon I was reminded of the beauty which surrounds us and the ease in which we can access the great outdoors. It is definitely the "great" outdoors when you are literally walking on the set of Game of Thrones - See Proof Here. (It made its mark as the Haunted Forest, where the White Walkers began their march into the realm of men.) As I spent time with my wife exercising in the beautiful countryside of Northern Ireland,  with the Mountains of Mourne to my back and the Irish Sea to my front I was left feeling that the world just keeps on turning.

In a month when we have had an opportunity to remember those who lost their lives in two world wars and countless conflicts to ensure our freedom and liberty. We must never lose sight of the fact that we have the power to vote our leaders in or out. Always be thankful we live in a democracy. We should not be lazy when given the chance to be involved in how our country is governed.

Great entertainers and great leaders have always interested me.

Business people like Richard Branson and Bill Gates; leaders like Margaret Thatcher and J. F. Kennedy; sportsmen like Juan Manuel Fangio and Jessica Ennis Hill. When I watch a documentary about these people or read some of the many books and features written about them, I see people with a deep desire to be great in their specific field whilst also having a human spirit which endeared them to others in their sphere of influence and on a much wider scale. There is much that we can learn from these people, both from well made decisions and poor ones. We all have to plough our own furrow in life and work hard to leave a mark in business, sport, community and our family.

Could I really write to you all and not mention the minor news that took place this month?

Donald Trump is the President Elect of the USA... I doubt many of us ever thought we would say those words. Hillary Clinton thought she was a sure winner. The pundits and pollsters said she was a sure winner. The bookies paid out early for fear of major losses. Yet, Clinton lost. The key point emerging right now is that most people were simply fed up with the current political elite and that their conversations on change had been ignored for too long. In Europe the Brexit vote was a very similar outpouring of angst and anxiety at a political system which appeared to ignore the many and listen to the few.

Although political volcanoes will continue to erupt; we each have the power to influence our families and our communities for good, and I would encourage everyone to make an effort and do just that.

“A bruise is a lesson... and each lesson makes us better.”
― George R.R. Martin, A Game of Thrones